To create someone’s statute or bust in bronze and set it in a place where everyone would be able to stop, admire it and find out more about the person behind the cast, with a patina that gives it even greater sense of pride on an already dignified face, is a special honor awarded only to the most deserving members of our society. When a city receives such an honor and its bronze model is set on its anthological promenade – Riva, to everyone passing by it is immediately obvious that Split is more than just a city. Given its location in the southeastern part of the Riva, where most passengers coming from the direction of the port and the stations begin their research of “the most beautiful city in the world”, a bronze map of Split city center is not only a beautiful monument of its beauty, but also proves to be very convenient for tourists and their guides.

In our last blog entry we have discussed the possibility of visiting Split from hot air balloon, and this bronze model of its center gives you just that – a view from a bird’s perspective of the Diocletian’s palace and its immediate surroundings. Another reason why this model is important is the fact that it is our meeting point for all our tours, mainly due to its convenient location, but also because it has become one of the most frequent venues in Split.

The idea itself and its realization started in 2006 and were implemented by Lions club Split, who has selflessly given the city this amazing gift in honor of its 1700th birthday. The model was created by Mr. Petar Čelan, and it was poured in bronze by foundry „Livartis“. The bronze map of Split was created in the scale of 1:333, with dimensions of 242 x 242 cm. In the year 2014 under the bronze model a stone pedestal was placed, including lights which enable us to enjoy in its beauty even in the dark. Although it is most certainly a great tourist site and an inevitable stop on your walking tour in Split, you can see locals stopping by to check the model every day, as if they are checking if everything is still in place, or they are trying to find the streets of their childhood hidden among the bronze houses. When you stop and look at it, you can almost feel like the ancient Roman architect or the emperor Diocletian, looking at it, deciding on the design and checking if everything is ready for his summer vacation, since Split originated from Diocletian’s summer house. Of course, the city core changed through the centuries, it grew with its people, and made Split what it is today – a vivacious, charming, Mediterranean city.

If you look closely at the bronze model, you will notice that some of its parts seem almost golden, especially the cathedral of the city’s patron Saint Duje, since people touch it to make a wish, just the same way they have been doing it by touching the toe of Grgur Ninski, a bronze statute on the opposite side of the Diocletian’s palace. The bronze map of Split is placed just opposite the entrance into the Diocletian’s palace and its cellar, and to get inside the palace you must cross one of its four gates. The ones connecting Riva and the palace are called conveniently “the Bronze Gate”. They were once the most modest gate of the palace, preserving it from the sea, and today they are considered to be the most popular gate, since most tourists start their visit by walking through them. Other gates include Iron (West), Silver (East) and the ones leading you to the aforementioned statute of Grgur Ninski – the Golden Gate (North).

As mentioned previously, there is a special connection between the city of Split and its inhabitants who are often perceived as a bit of exaggerators when it comes to the beauty of their city. But when you look at the bronze map of Split, even to the most wary eyes it becomes quite clear that there is more to Split than meets the eye. And there is a lot to see too! The striking beauty of the stone paved streets polished by the centuries of people truly living within its walls, children playing in its squares, the sound of 6.3 feet men singing “a capella” and the smell of Mediterranean food mixed with geraniums… that is our Split. The one we wish you could see through our eyes, experience it with all your senses and captivate it not just with your camera, but imprint it in your brain and heart.

Every corner of each small building on that bronze model has a story, it portrays a piece of this ancient city’s soul and in the summer crowds it is sometimes hard to connect to its history. That is also a reason why you should stop by the map and maybe choose a house, a church, a street, a courtyard you wish to visit and see what is hidden behind that small brass “box”. Maybe you’ll find the most beautiful garden on its ground floor; maybe today there is a small gallery selling the best and the most authentic souvenirs, or a miniature traditional dalmatian restaurant “konoba” with the best fish you had the fortuity to taste in your whole life.

We know that your time in our beautiful city is limited and that however small it might seem in comparison to your hometown, there truly is so much to see. Of course, you can see all the main sites and highlights with a city tour guide which we recommend, but also take time to see it by yourself, with your family or friends. A guide will give you the best possible historical and cultural representation of the city and its ancient core, show you the most important sites and give you the best 2 hours of art history class, but to truly create a memory of our city, get lost for a while.

And when you wish to rest your eyes from the beauty that is Split, you can always come back to the bronze city model and wait for us to whisk you away to the greenest, bluest, most exquisite anything you wish to see while on your vacation in Dalmatia! 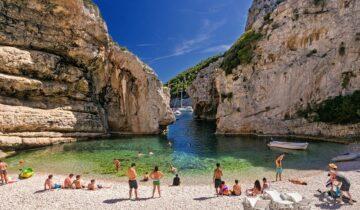 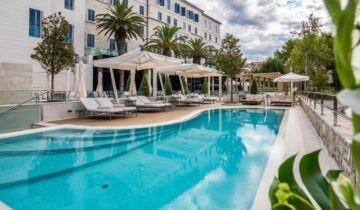 Where to stay in Split Croatia 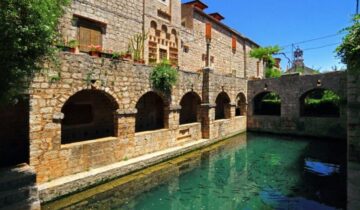