We bring you the answers to the most common questions about how to visit Blue Cave Croatia from Split.

An increasing number of foreign visitors to the streets of Split, led to tourist agencies being very numerous. Among several highly-professional companies, there are a handful of various different semi-finished packages that offer the same or similarly organized arrangements to attractive destinations in the region. We will try to give you advice on what to pay attention to and to propose our vision of an ideal itinerary.

First of all, when you choose a travel agency, you might want to consider if it is altogether a legitimate company? According to the law, a tourist agency in Croatia should have the ID code (eg HR-AB-21-060327623, google it) on any promotional material, as well as on the official website. Serious agencies have no reason to hide that. It is of the utmost importance to choose a really professional agency and there are many reasons for it: first of all such companies have the knowledge and experience, but also the proper insurance policy as well. There is no need to mention how important it is to be protected in this regard.

As for the islands of central Dalmatia, the most popular destinations are Hvar, Brac (Bol) and Vis. Only five miles in front of Vis there is Bisevo, with its natural phenomenon the Blue Cave ( the Blue Grotto ). Trips that include all the islands in a one-day itinerary are usually offered under the variation of names ‘ five islands tour ‘, 6 islands tour ‘, ‘ The Blue Grotto tour ‘, ‘ Hvar-Vis-Blue Cave tour ‘, and similar. The fact is that the main attractions of the program are caves in and around Vis, which are farthest territorial point in Croatian part of the Adriatic coast. In order to return on the same day, they may only be visited by a speedboat. This form of travel is a major cost of fuel, so during the way back there stops to as many interesting destinations as possible are organized as to add further value to the already relatively expensive ticket, which is around 100 EUR. This is also the answer to the frequently asked question: can we go only to the Blue Cave?

What should I expect on the Blue Cave tour?

Among the many false promises about the Blue Cave tour, from the less serious and less moral vendors, with stories ranging from the description of what is actually included in the price, to swimming with dolphins or visiting the other side of the Adriatic, the often concealed fact is the actual length of free time and possibilities to go swimming at the destinations. Believe us, we have heard pretty much everything.

First of all, the actual visit to the Blue Cave ( the Blue Grotto ) is not managed by the agencies, but by the concessionaire who limit the stay in the cave to 15 minutes. Another thing is that you will spend at least an hour waiting in queue on Bisevo for your turn to enter and enjoy the beautiful environment. To be understood, tickets will in most cases be bought for you by a skipper (again, if they are professionals), while you will enjoy the beautiful views of the crystal clear sea, probably with a cup of coffee or other drink at a nearby cafe. Perhaps it is best to immediately go swimming there, since it is forbidden to swim in the cave itself.

As the saying goes ‘the more, the better’, but it might become too much

We would like to touch on this topic, because numerous agencies in the city want to differentiate their offer from others, so they add additional destinations in an already crowded itinerary. It is our belief that five destinations are more than enough for one day. This includes about 4 hours driving on a speedboat, and spending approximately 6 hours touring the destinations, out of 10 or so hours the whole trip takes. Any addition of a new destination reduces the time for swimming and enjoyment, which leads you into a situation that you will spend more time on the boat than on the destinations.

Our advice is to choose a Blue Cave tour that includes just few destinations and we offer an overview of the ideal itinerary below:

Blue Cave on Bisevo ( the Blue Grotto Croatia ) is located on the eastern side of the island and is one of the most important attractions of the Adriatic. It was carved in limestone by the sea. It is entered on a boat. During the summer between 11 and 12 am sun’s rays penetrate and break up through an underwater opening making the whole interior shine with silvery blue light. 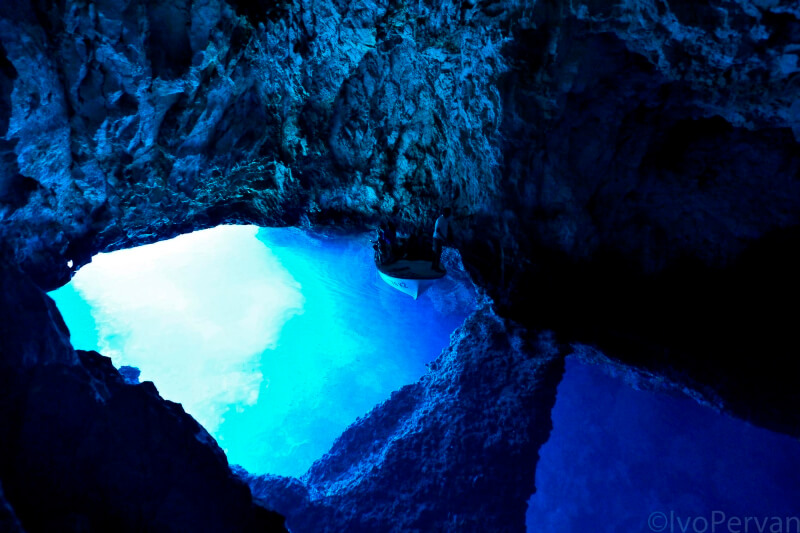 Stiniva is located west of the Mala Travna bay. As seen from the sea, Stiniva is enclosed by two high rocky cliffs with the nearest points not even four meters apart. Between them there is a pebble beach, but only when one enters does the impression of a cobbled auditorium Roman amphitheater appear. 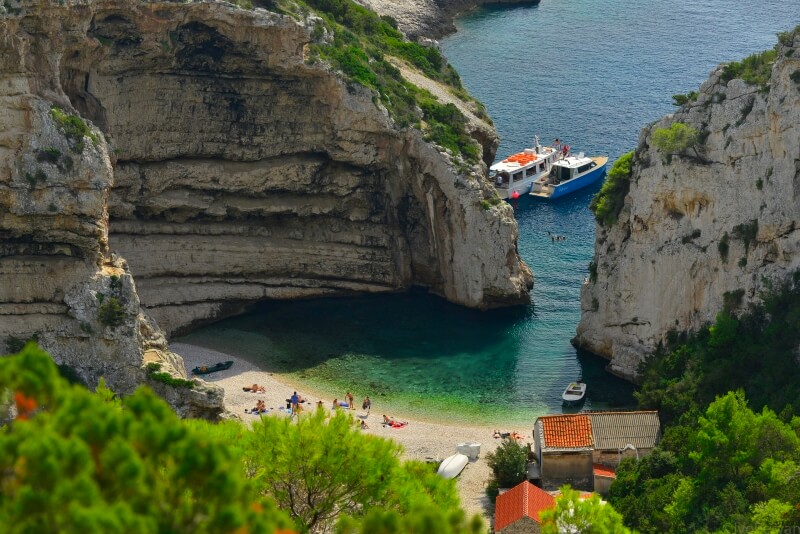 Pakleni islands are one of the most beautiful parts of Hvar, if not the whole Croatian coast. They consist of an archipelago made up of 16 islands covered in forest, dipped in a clear, azure sea, with several beaches to go swimming, picnic areas, and a variety of small, hidden beaches, stone terraces facing the sun, and beautiful deserted lagoons. 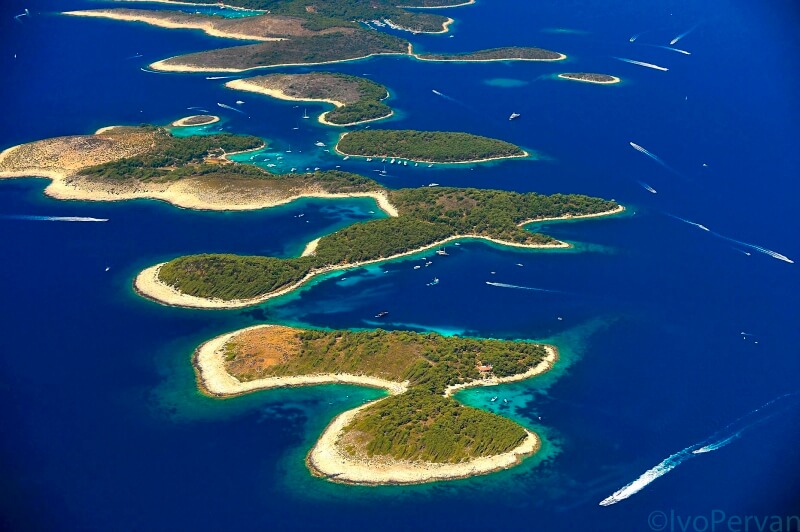 Hvar is called the queen of the islands due to the greatest number of hours of sunshine, famous for its ancient history, two fortresses, the legacy, the oldest theater in Europe, beautiful beaches, olive trees, lavender, natural beauty, etc. In addition, you can enjoy one of the 10 most beautiful ports in the world. It is a perfect blend of culture and exquisite nature. 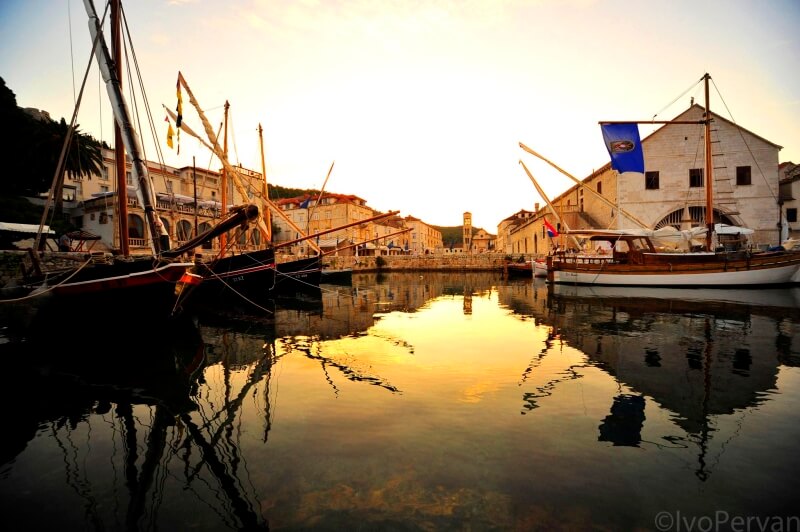 We hope you will find this article helpful in choosing the itinerary that is the most appropriate to your needs and expectations and you will have a memorable experience during your stay in Croatia.

Visit the Blue Cave on our tour! 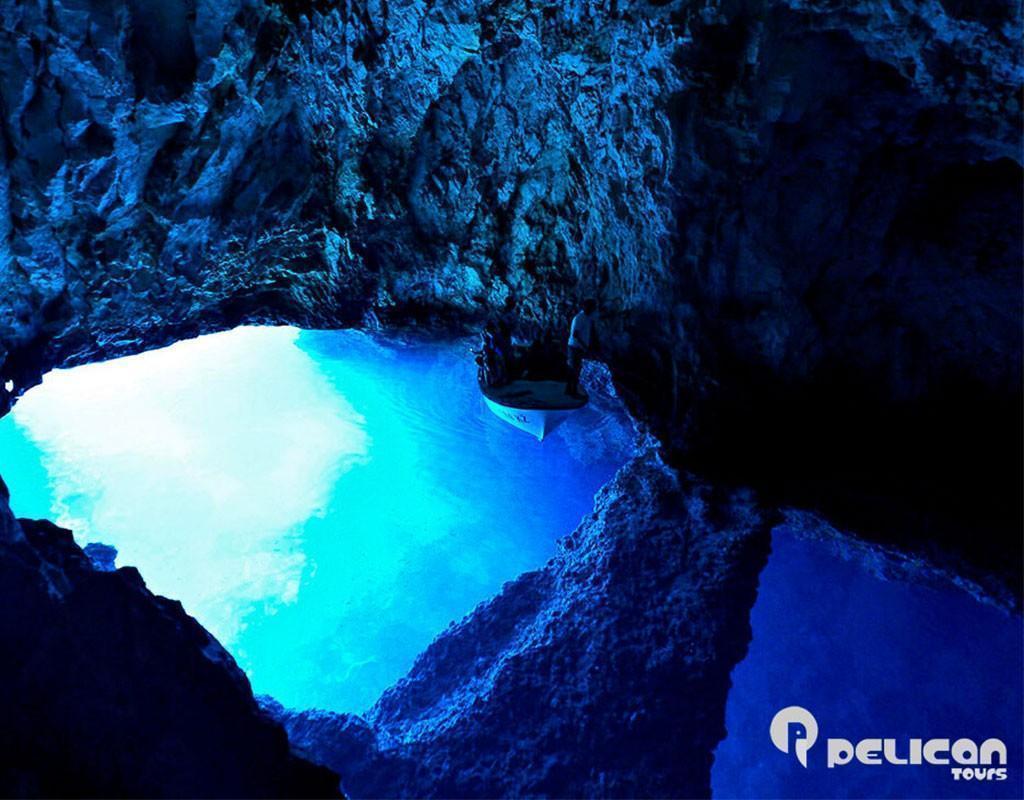 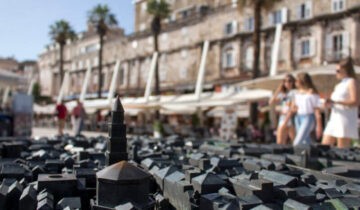 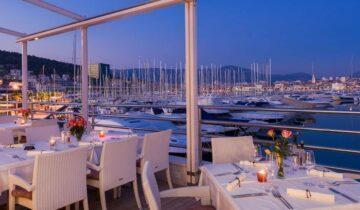 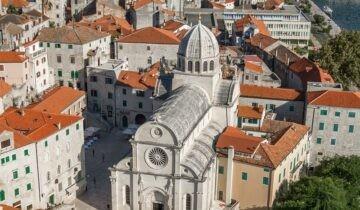