About Plitvice Lakes Tour From Split

Plitvice Lakes National Park is known for its breath-taking beauty. Here you’ll be mesmerized by its shimmering 16 interconnected lakes and their ever changing vibrant colours, the numerous spectacular waterfalls which seem to pop up everywhere you turn and lastly the absolute pristine nature that abounds in the park. It’s important you bring your camera along because you will get some of the best photos you have taken in your life!

By joining the Plitvice lakes tour from Split, you will wind your way around the park on it’s lovely wooden walkways which curve their way along the edges of the lakes, over rumbling waters and take you to many of the National Parks waterfalls.

First of all on the tour, your guide will share all the Plitvice lakes info about the rich history and natural features of the National Park, take you on a panoramic train ride, followed by a hike along the upper lakes trail and finish off with a leisurely electric boat ride across Kozjak lake. You will then have some time to enjoy a meal at the Plitvice Lakes National Park restaurant, where you can sit back and take in the serenity. After lunch, the guided tour will continue with the lower lakes of the national park and will include a visit to the 78m high Veliki Slap (Big Waterfall).

A visit to Plitvice National Park is a unique experience and where you will see some of Mother Nature’s finest work. When in Croatia, don’t miss the opportunity to see Plitvice first hand. 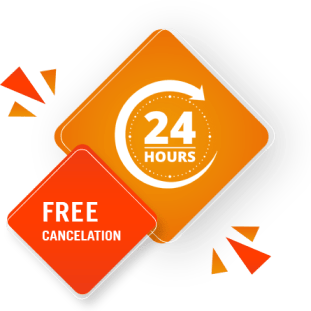 In case plans change, you can cancel all your bookings for free up to 24 hours before they start without questions.

06:45 –  Meeting for the Plitvice lakes tour on the Split promenade – Riva

Main meeting point for the Plitvice lakes tour from Split is in front of the bronze model of the Split, at the Eastern end of the boardwalk, across the Southern entrance of the Diocletian’s Palace (Address: Obala hrvatskog narodnog preporoda 23, 21000 Split).

Our journey begins in Split where we will meet at a designated meeting point, where you will board a vehicle and hit the road to the Plitvice Lakes in the Lika region. If you are sleepy, this is a good time to rest before our action-packed day trip. You will make way through the Velebit Mountain, near Paklenica National park and the moon-like island of Pag. Along your way to Plitvice Lakes you will also pass through the longest Croatian tunnel –Mala Kapela at 5821 meters. The region of Lika is completely different than the coastal region so enjoy in another perspective of Croatia’s diversities.

The highlight of the tour is, of course, the stunning Plitvice Lakes National Park which is one of the most visited sites in Croatia. Plitvice Lakes became a national park back in 1949 and then became a UNESCO World Heritage site in 1979. Plitvice Lakes fame comes from its breath-taking beauty. Prepare to be amazed by the 16 lakes which are interconnected by a series of waterfalls, and what makes the lakes truly distinct are their vibrant colours which change over the day and through the seasons from shades of light green, turquoise to blue.

To get around the lakes, you will traverse wooden walkways along the edges of the lake which will take you over rumbling waters, to some exceptional waterfalls and the best sites within the national park. While walking the trails, the beauty is so staggering you will feel like you have been transported to another world.

Upon arrival to Plitvice you will meet your guide who will purchase Plitvice lakes tickets and give you an explanation of the national park and the day’s activities which will include a guided tour of the upper lakes, a stunning panoramic train tour of the national park, a leisurely electric boat ride on Lake Kozjak, a guided tour of the lower lakes and a visit to the 78m Veliki Slap, the Great Waterfall, which also happens to be Croatia’s highest waterfall.

In between the tour of the upper and lower lakes, we will take a 45-minute lunch break at the Plitvice Lakes National Park restaurant. Here you can use the restroom, and purchase souvenirs.

To have some rest and reflect on everything you have seen you will have an hour for some free time in a local restaurant.

After all the excitement of Plitvice Lakes National Park tour, kick back, scan your memory card for the best photos or just relax as we take you back to Split.

The 2023 Early Booking Season has begun! Book your tours in January and get 20% discount on all shared excursions from Split. Use the promo code Early2023! 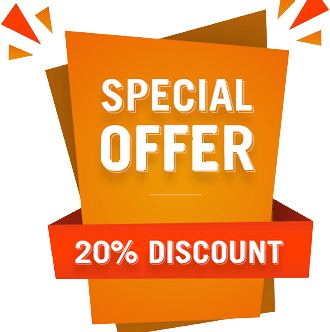 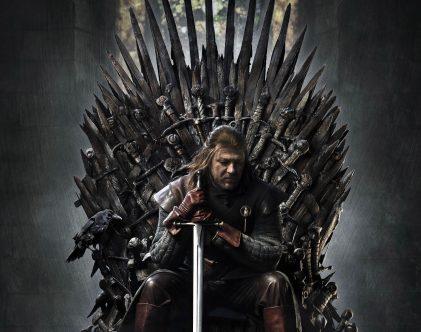 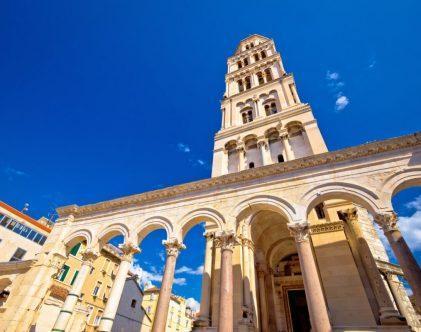 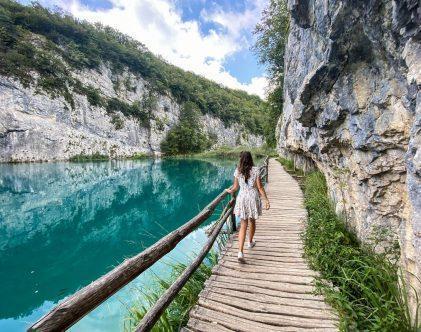 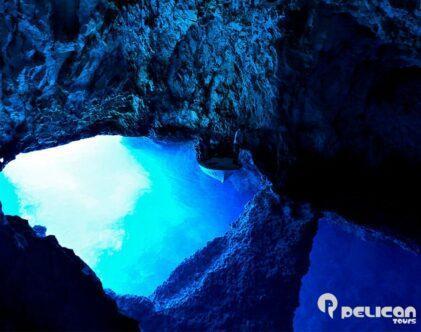 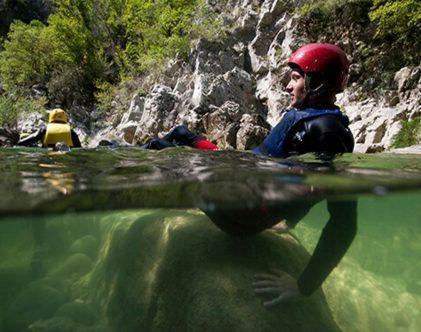 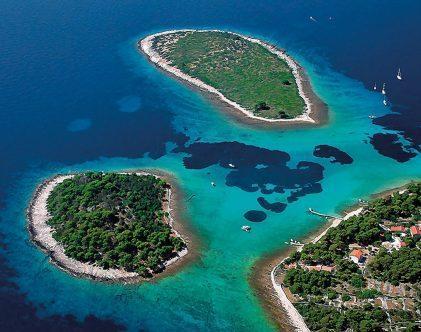 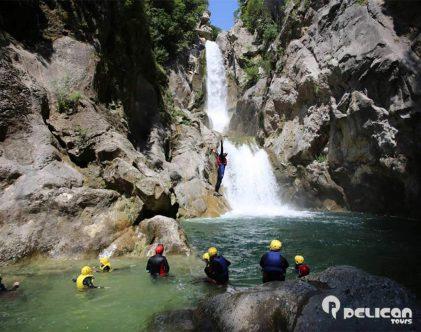 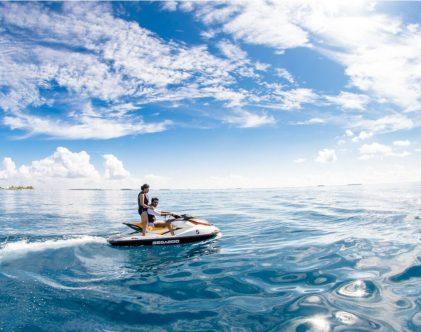 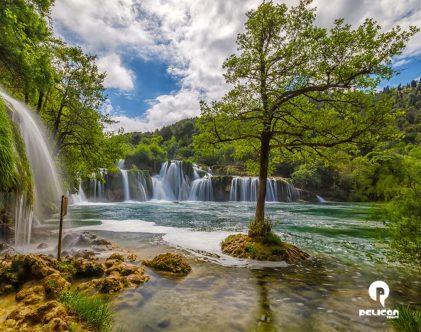 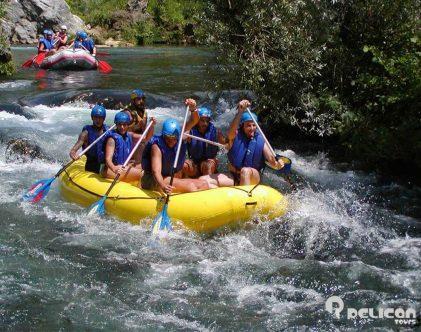 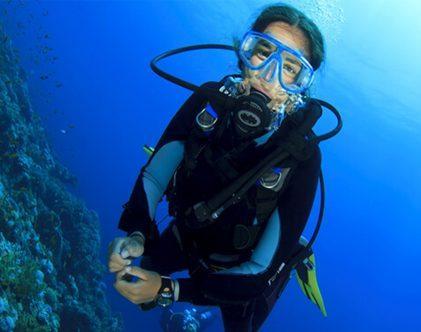 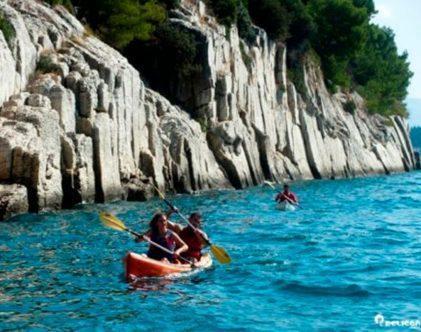 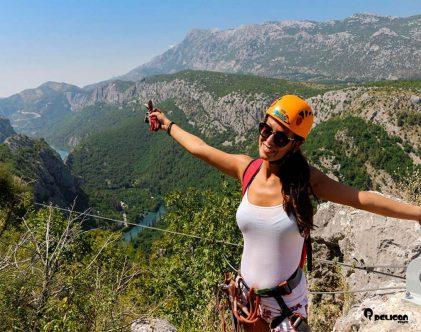 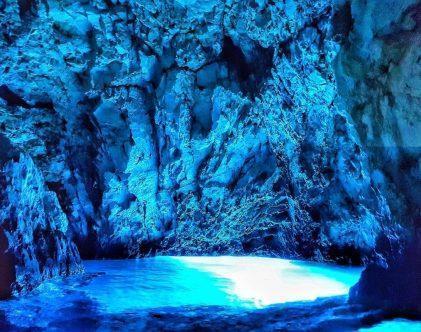 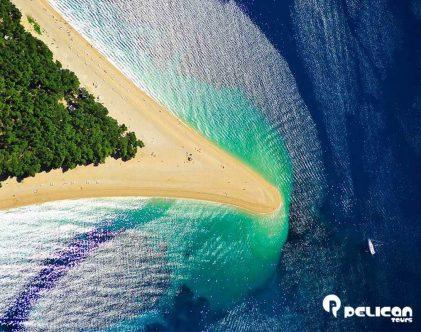 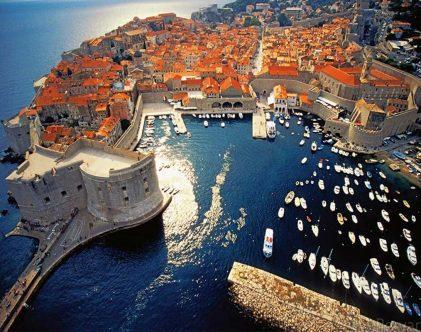 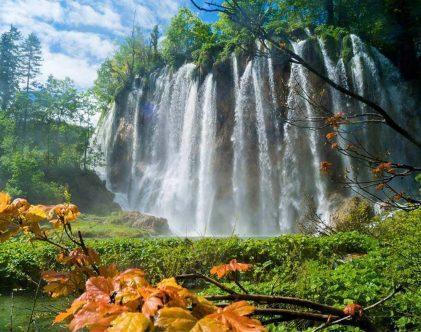 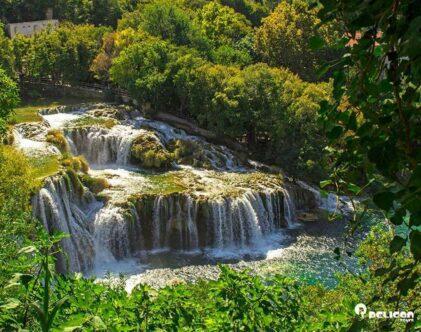 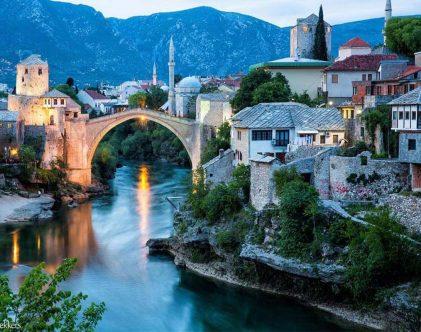